Reba Bowman traveled to the Dominican Republic to speak at a women’s event. She had no idea that God would use that trip as a turning point in her life and for DFM.
While there she saw first hand the devastating plight of women and girls.
Poverty
Abuse
Trafficking
Clothing
Food
Medicine
They were also lacking basic humanneeds.
Reba was struck by the deeper need.
Love
Connection
Hope
Reba and the DFM team began to pray and rethink how Dare for More could build a bridge to connect the women who attended women’s events to the women and girls in crisis in communities around the world. Today, hundreds of women are making a difference as they go on a mission trip and pour into the women and girls in need. Others are partnering with projects, purchasing products, and so much more.

Dare For More is excited to find out what happens when you join in!
PartnerJoin Next Mission trip 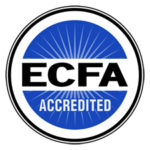 Dare for More is a 501 (c)3
non-profit organization